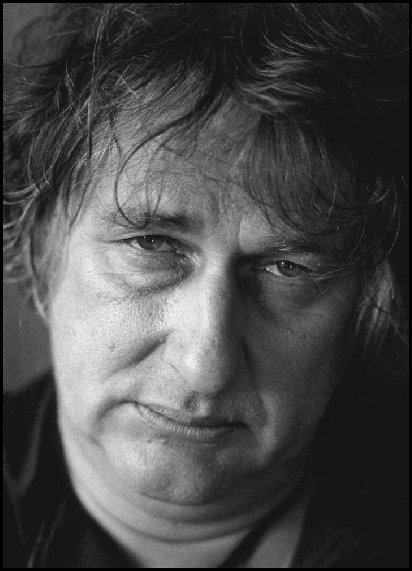 I knew his plays, books, films and the speeches he wrote for Opposition Leaders, Premiers and Prime Ministers. I knew his words and his wit and love for the Australian Labour Party. Finally, at the end of his long career, I knew his amazingly prolific blog; Bob Ellis Table Talk. Required reading if you had become, like me, a card carrying Ellisphile.

He was a true believer and a true original. A man totally unafraid to call a spade a spade and a cunt a cunt. With eloquence and economy he called out Tory stupidity, ALP poseurs and other assorted fools from both the Left and Right of politics. Of Theatre and Film he wrote with passion and insight and impeccable credentials. His film The Nostradamus Kid remains one of the great Australian autobiographical screenplays (is there another?). Newsfront remains to this day a classic of Australian cinema.

In an age of political correctness his blog was a thing of wonder and compulsive daily reading for myself and so many others. It quickly became a welcome morning ritual to read Bob’s take on the 24 hour Australian political cycle. Table Talk became as indispensable as that first morning coffee. With no fear or favour he’d write what others could not. His writing would make you snort out loud with laughter.

I suspected the news was bad when the regular daily blog updates finally stopped at Easter.

Then, with awful advent, the news appeared like an unwelcome guest.

The King is dead.

It’s an odd grief, when a personal hero dies. If you’re a writer, it’s a stark reminder that all those projects not yet begun may never be completed. A reminder that our cosmic use by date is as merciless as it is inevitable. It’s a wake-up call to just get on with it. We all sleep walk through life, denying the inevitable. We put off what needs to be said. We never write what needs to be written. We wait for the perfect moment that never comes. Until it’s all too late.

No L’esprit de l’escalier for Bob Ellis, his wit worked in real time.

I had the chance to meet him but once in my life. I was flying Qantas domestic, from Sydney to the North Coast. Waiting for my flight to be called, I propped myself at the bar and ordered a beer. It was then that I heard the voice.

That rich, whisky soured and beer soaked baritone. I turned and saw him sitting just a couple of bar stools away from me. He was deep in conversation with his travelling companion, discussing some Canberra intrigue I can’t now recall. There were a few empty schooners already in front of him. I became a spy, not looking but listening in wonder to the wit of the man while relishing every word. The man spoke as he wrote, with eloquence, passion and conviction. Perfectly formed sentences tumbling out one after the other. It was like listening to music.

I’ll regret forever not simply saying hello. I’d just finished reading his book Goodbye Jerusalem – his perfectly formed account of the last days of the Paul Keating Prime Ministership. All I needed to say was as much. I was in awe I guess, and a not a little afraid to be on the receiving end of that famous scabrous wit. So the moment passed forever. By the time I’d summoned the courage to speak, his flight was suddenly called. In what I imagine was a quintessential Ellisian moment, he stood, drained the remaining half schooner of beer, placed it empty on the bar with the other vanquished soldiers and walked off, both crumpled and refreshed, tucking his shirt under his belly while he continued his baritone soliloquy. And with that he was gone.

And so it goes…