Who are you reading right now?  If you want to be a writer, you’ve got to read, frequently and deeply. Inspiring writers have much to teach you if you pay attention to their quotes. The best quotations sum up a truth about writing in just a few words. Some just make you laugh. All of them are worth reading.

So, here’s a list of  20 inspiring quotations about the art of writing. Some writers are known because they are indie publishing trailblazers. Others, well….because they are just great storytellers.

I’d love to hear who yours are too. So, without any further ado, here’s our 20 favourite inspiring writers quotes. All have great quotes to share. Please share freely as well! Jeff Goins is the most inspirational and prolific writer on the web today. He has built a writers platform from zero to hero in just a few short years. His message is a simple one. If you want to be a writer, declare that you are and write from the heart. Jeff has re-invented the writer’s platform with his unconventional wisdom. Jeff’s quote supports his philosophy that Free is a great way to get peoples attention.

Here’s my Jeff Goins pick for your reading list: Hugh Howey is a giant of independent publishing. His successful Silo series smashed Amazon records for a self published writer. Hughs’ quote is a comment on the doom and gloom surrounding eBook publishing as we go into 2015. Hughs’ philosophy is it’s all cyclical, don’t give up. Hang around long enough and the sun will rise again.

Here’s my Hugh Howey pick for your reading list: Joanna Penn is an inspiration as a writer, entrepreneur and savvy social media expert. Joanna basically wrote the book (well, 14 of them) on independent publishing. After taking the NaNoWriMo challenge in 2009, Joanna found she had the germ of an idea for a book. 6 years later she’s written 10 best selling thrillers. She’s also written a growing series of self help books for writers that share what she’s learned on her journey. And what a journey. Joanna’s quote sums it up beautifully. If you really want to write, you don’t need permission anymore. Are you waiting for permission?

Here’s my Joanna Penn pick for your reading list: 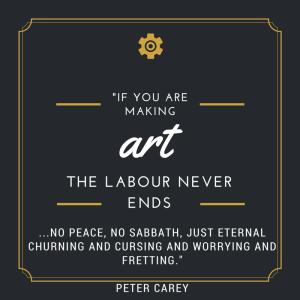 Not exactly independent, but Peter Carey is Australia’s greatest writer. A masterful storyteller whose characters leap out of the page with a life of their own. Every new writer striving to create new characters and real and vivid worlds should pick any one of Peter Carey’s many titles. He’s won the Booker Prize twice (1989 for ‘Oscar and Lucinda’, once again in 2001 for  ‘True History of the Kelly Gang’). He’s also been nominated for the same award many times. A new Peter Carey novel is an event to treasure and marvel anew at the ease with which he conjures vivid characters.

Here’s my Peter Carey pick for your reading list: I couldn’t decide between Peter Carey and Haruki Murakami. They are so much alike yet so very different. Haruki creates strange worlds of eerie mystery in everyday surroundings. Normal people find themselves in abnormal situations. I like this quote very much because it’s so humble and unassuming. Like the man himself. So, learn from Murakami.  If you want to be a writer, just write.

Here’s my Haruki Murakami pick for your reading list: 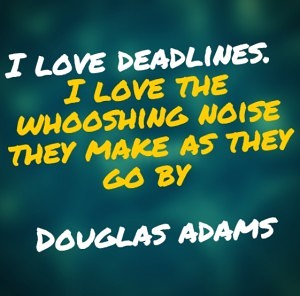 Douglas Adams was an inspired writer and this is probably my favourite quote of all. The creator of the Hitchhikers Guide to the Galaxy franchise, he invented a new genre by combining Monty Pythonesque absurdity with science fiction.

Here’s my Douglas Adams pick for your reading list: 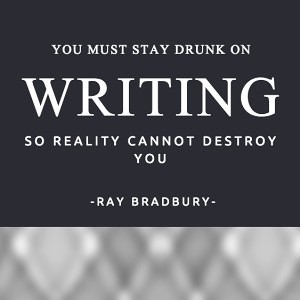 A giant of science fiction, fantasy and horror Ray Bradbury was as prolific as his work was varied. The author of Fahrenheit 451, Something Wicked this way Comes, The Martian Chronicles to name just 3 of his most influential books, he wrote of the uncanny in the ordinary. This is a great quote that sums up the addictive nature of writing and story telling.

Here’s my Ray Bradbury pick for your reading list: Crazy as batshit or just one of our most gifted and talented writers? When on form, Hunters prose inspired and outraged in equal measure. He invented Gonzo Journalism – the act of making the journalist part of the story. Author of Hells Angels, Fear and Loathing in Las Vegas and some of the best writing to come out of the 60’s. I like this quote because of the uncertainty of it. He declares himself to be a writer and wow, what a writer.

Here’s my Hunter S Thompson pick for your reading list: The king of horror writing and also the author of one of the most insightful books on the art and act of writing I’ve read. Most books about writing try to teach you ‘step by step’ but ‘Stephen Kings On Writing’ takes a very personal approach explaining why he writes, what inspires him and – as this quote demonstrates – what irks him. A great book, highly recommended.

Here’s my Stephen King pick for your reading list: Neil Gaiman is a prolific writer in so many different genres; comic books, novels, short stories, children’s books, TV and Theatre.  I love this quote as it sums up perfectly this strange calling we pursue. When it’s going well it’s exhilarating. Then there’s the next day…

Here’s my Neil Gaiman pick for your reading list: ve this quote because using the local coffee shop as an office is such a simple pleasure. There’s the passing parade for inspiration, you can eavesdrop on conversation and, of course, a fresh cup of freshly brewed coffee is fuel for your creative fire. It is still a source of wonder to me that once upon a time JK Rowling was just a struggling writer, creating such an amazing universe and characters with nothing but a notepad and a cup of coffee in the corner of an anonymous coffee shop.

Here’s my JK Rowling pick for your reading list: I came to Moby Dick quite late but when I finally read it, I  was overwhelmed with the power, the comedy and the insanity of it. This quote gets to the core of storytelling for me. If you’re going to write, you’ve got have something to say and the most direct storytelling will have purpose and theme. Moby Dick is as much a book about 19th Century whaling as it is a book about the madness of revenge. What’s your theme?

Here’s my Herman Melville pick for your reading list:

The master of crime fiction. If you’re a fan, you’ll know at once what this quote means. Elmore Leonard doesn’t go in for boring exposition. His richly painted characters don’t say much,  but you’ll learn all you need to know about what’s going on by just listening to them.

Here’s my Elmore Leonard pick for your reading list: 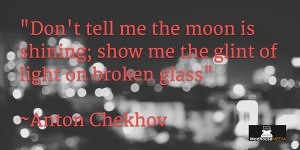 The great Russian writer knew how to say a lot with just a little. This quote is perfect. Imagine, for a moment how evocative that phrase is. You can imagine the menace, the scene, something not quite right has happened or is about to happen. Great writing shows not tells.

Here’s my Anton Chekov pick for your reading list: On the Road is such a tour de force. For someone living in far away Australia, reading this book still makes me dream of U.S road trips from the East to the West Coast. Kerouac’s writing was like jazz. Fluid and crazy and America itself. I love this quote because it says one thing. Be yourself. Be unique. Find your voice.

Here’s my Jack Kerouac pick for your reading list: Jim Thompson was a trailblazer. The original Pulp Fiction novelist, and arguably still the best.  Sadly, recognition did not come in his lifetime. This is a great quote that gets to the core of mystery and crime fiction and

Here’s my Jim Thompson pick for your reading list: This is one of my favourite quotable quotes about writing. Steve Martin is a comic genius, but also a very fine writer. He nails it completely because there really is no such thing as ‘writer’s block’. It really is just another word for procrastination and the mistaken belief that you need to wait for the ‘muse’ to descend before you can write. Fuck that. You’ve gotta grab an axe and chase that muse down. Just write! Cheers Steve.

Here’s my Steve Martin pick for your reading list: 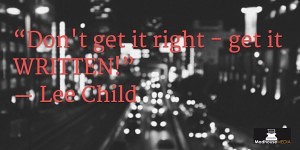 Hear that? Just get it written. Classic Lee Child. As spare with advice as his creation Jack Reacher speaks. One word. No bullshit. Do it. Now!

Here’s my Lee Child pick for your reading list: To write you need to live. Get out in the world. Experience it. Taste it. Fall over, get hurt, get your heart broken, grieve, lose what you love, find out that life is messy and fucked up. Discover who you are. Then you can write.

Here’s my Salman Rushdie pick for your reading list: 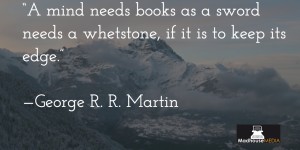 And so we reach the end of our list of inspiring writers quotes. We’ll leave the last word to the creator of Game of Thrones, JRR Martin. It’s advice that pops up again and again. From Steven King, to Hemingway. If you want to write, you’ve got to read. A lot. What are you reading now?

Here’s my JRR Martin pick for your reading list: 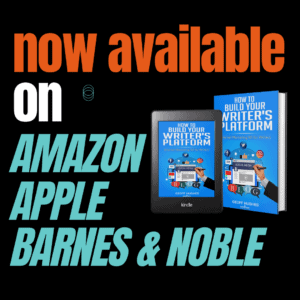 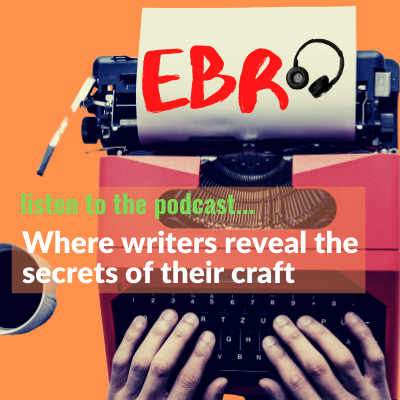